In Agordina valley, in the south of the Marmolada massif, is situated at 1000 m the typical mountain village of Alleghe, bounded in the east of Mount Civetta.
Alleghe offers many opportunities for hikers (it is situated at the foot of the coveted north wall of the Mount Civetta), skiers (18 tracks are connected to the 80 kilometer long ski resort Civetta), bikers, anglers and many others. In summer the lifts help you to get to the mountain pastures in a simple way, which otherwise would be much more difficult to reach. From Alleghe you can easily reach the huts of the Civetta group. >>><<<

The name Alleghe has its origin probably from the latin word "alica" that relates to the term "alicarius" which is synonymous with barn or the "upper part of the house". Indeed, the corn or straw was stored in this part of the house. In the twelfth century there was already a large community (at least so large that a chapel for religious services was needed), but only after the great landslide of 1771 that from Mount Spitz buried the whole valley, including some villages, formed a natural dam. Thanks to this dam developed its picturesque lake of the same name. Since the last century the lake has become holiday destination for nature lovers and reference point for some winter sports like ice skating and ice hockey.
The inhabitants of Alleghe celebrate the patron saint San Biagio on the 3rd of February, to which is dedicated one of the two municipalities. 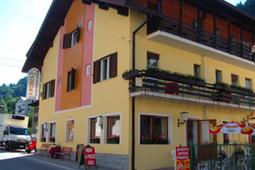 The Hotel Aurora is located in Saviner of Laste, a place surrounded by the beautiful Dolomites: Marmolada, Civetta, Pelmo, Tofana etc... In this paradise you can spend entertaining and amazing holidays! 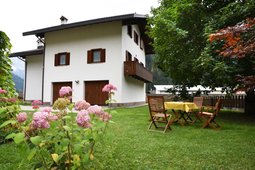 The Promenade Apartments enjoy a very convenient and sunny position in Caprile and offer a spectacular view over the north-western face of Mount Civetta. The building is surrounded by a beautiful and spacious garden, as well as ample parking. 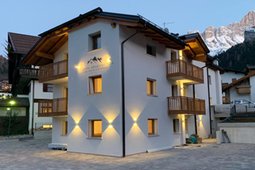 This house, opened at Christmas 2019, is really nice, comfortable and elegant. The apartments are in Alleghe centre, Europa house is in a quite and panoramic location just in front of Alleghe lake, 150 mt far from the square and 350 mt from Civetta gondola, open even in summer.

from 20€
per person per night 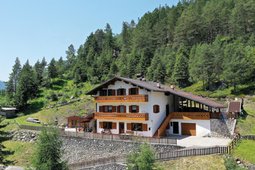 Typical dolimitical house recently built and located in a very quite zone; it has a wonderful view on Alleghe and its lake and it is two kilometres far from Civetta-ski-facilities. It has 4 apartments, each with TV sat, use of washing machine, barbecue. 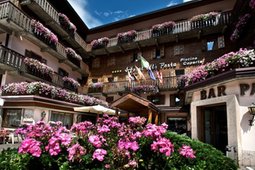 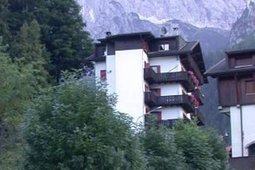 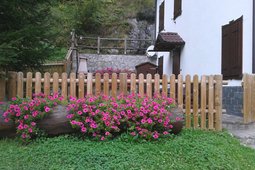 Nice wood-paneled apartment on the ground floor, with independent entrance and private and fenced garden, located in the quiet hamlet of Sot Colarù in San Tomaso Agordino. The apartment is strategically located between the beautiful Dolomite scenery of Civetta and San Pellegrino 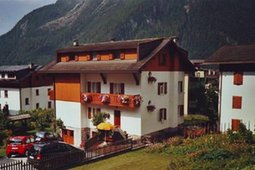 The house is located in a quiet and convenient position about 300 m. from the skiing resort Ski Civetta and at the same distance from the main square of Alleghe. The apartment has a kitchen, a living room with satellite TV, two bathrooms, two double bedrooms and a single room. 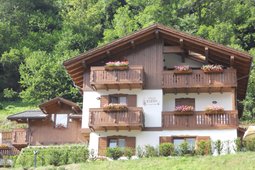 Villa Elena in Alleghe is an accommodation facility surrounded by greenery, in a quiet and panoramic position with wonderful view of Lake Alleghe and Civetta mountain. Villa Elena has two bright and spacious apartments ideal for families and lovers of the nature.

from 24€
per person per night 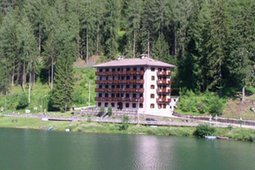 The apartments Regina are situated in Masarè, in front of the lake. They offer garden, parking, tv and private beach. All the apartments offer a marvellous view on the lake of Alleghe and they are provided with covered parking space and ski-deposit. The chalet is located on the shores of the lake of Alleghe Lake, at the foot of the Civetta, surrounded by the Dolomite passes. In this environment you can spend a winter holiday of pure skiing in the Dolomiti ski area. From Alleghe you can do the tour of the 4 mountain passes. 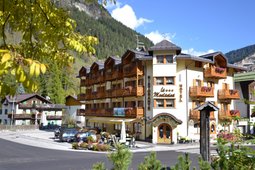 The Hotel La Montanina is located in Caprile, in the heart of the Dolomites. It is very close to the Marmolada and Civetta and is the ideal place to stay overnight and set off on excursions in a unique landscape. Sweet Dolomites is a holiday house with an attic and a one-room apartment. It is comfortably located, from where you can reach many destinations such as Agordo, Falcade, Alleghe and Marmolada. It is the ideal place for a relaxing holiday. 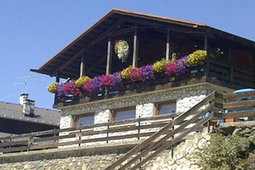 The beautiful apartments in Piani di Pezzè are situated directly on the Monte Civetta ski slopes, just in front of the cableway's last stop. The apartments are a 10 minuted drive from the city center of Alleghe. Apartments Alba offer a comfortable ambiance and perfect hospitality near the center of Alleghe, just 200 meters from the ski lifts. They are located in a sunny position with a wonderful view of the lake and Mount Civetta.

from 20€
per person per night 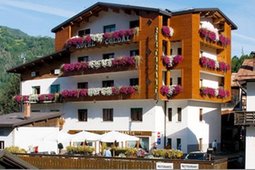 The Hotel Coldai in Alleghe is ideally located both in winter and in summer, as it is situated only 100 meters from the skilifts of the Ski Civetta skiing area, connected to the world-famous ski carousel Dolomiti Superski.

from 29€
per person per night 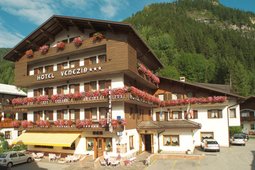 The Hotel Venezia, situated in an ideal position between the great Civetta Peak and the prestigious Queen of the Dolomites, the Marmolada, is proud of the ancient tradition of hospitality. 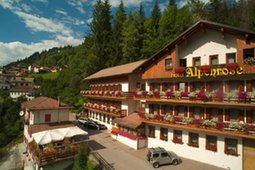 The Hotel Alpenrose is located in a quiet spot near the center of Alleghe and the ski lifts of Mount Civetta. The hotel boasts a panoramic position, with view on the lake of Alleghe, and offers a traditional ambience. 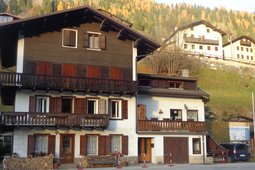 The holiday apartment Lidia is located in the centre of Alleghe, just opposite the departure of the skilifts of the Civetta ski area and very close to the beautiful lake of Alleghe, where you can take amazing walks. 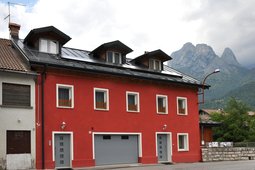 The apartment is ideal for one or two families or for a group of friends. It is located in a very quite street but in the heart of the town of Alleghe. It is also close to the ski lifts (5 minutes on foot) and to the most beautiful strolls.